Are you ready for another Happily Ever Cyber fairytale? Let’s learn about a little girl named Goldilocks, and her encounter with the three bears.

Once upon a time, there lived 3 bears. Mama Bear, Papa Bear, and Baby Bear lived in a cute wooden cottage in a deep forest. They loved each other very much, and did almost everything together.

They had matching chairs and bowls, matching computers and phones, and even matching WiFi networks and chargers. They loved listening to music together and going for long walks in the morning while their porridge cooled down.

One such morning, Mama Bear had just finished making a big pot of porridge. She served the porridge in their bowls and opened the window to let the fresh air cool down their delicious breakfast.

Papa Bear decided to put his devices to charge before they left on their walk as Baby Bear laced up his shoes. After locking the front door, they left hand-in-hand for their daily walk.

Now, just outside of the forest there lived a little girl. Her hair glittered in the sun like gold and her locks were bright and yellow, which is why she was called Goldilocks.

Goldilocks would often go out into the forest meadows to take pictures of and gather flowers. This morning, however, she decided to wander farther than she had ever gone before. She eventually came upon the little cottage where the three bears lived.

The girl was tired, so she sat down in the cool shade near the house to rest. Goldilocks pulled out her phone, expecting there to be no connection, but to her surprise she saw that there were three WiFi networks available. The one problem was that she had to get closer to the source in order to connect to them. That meant she would have to go inside the cottage.

Goldilocks carefully walked to the cottage, up to the door, and knocked. Surely whoever lived inside would be nice enough to give her a glass of water, and maybe even let her use their WiFi! But, since the bears were on their walk, there was no answer.

She waited a few minutes and then knocked again. Since nobody answered she tried opening the door. It was locked. Goldilocks pouted in frustration. Just then a yummy smell got to her nose. She went around the side of the cottage to find an open window, just her height! Goldilocks climbed in, nearly letting her phone slip out of her pocket and crash on the floor, but she quickly stood up and gathered herself together.

No one responded, so she thought there was no harm in looking around. She saw three bowls with a gooey, tasty meal inside. It smelled so delicious, and she was so hungry, so she decided to dip her finger in the first bowl to taste it. Ouch! This one was much too hot – it burned her tongue and she couldn’t even taste it. Goldilocks dipped her finger in the second bowl. Yuck! This one was so cold and sweet, and the texture was terrible. Finally, she dipped her finger in the last bowl. It was just the right temperature, and it was so good, but Goldilocks had lost her appetite from the last two bowls, so she left the rest of the porridge untouched.

Goldilocks pulled out her phone again. She was closer to the living room, which meant that the strength of the WiFi networks were almost at their fullest. There were three networks available. She decided to try connecting to them one by one until she found one that worked.

The first network was called “Great Big Network,” and it said that the connection was strong and secure. She tapped on it, but a pop-up asking for a password appeared. Goldilocks found the WiFi router, and she saw that a password was written on the side, however this password didn’t work for the Great Big Network. She moved on to the next network.

The second network, “In The Middle Network“, Goldilocks tapped on it and yet another pop-up asking for a password appeared. She decided to try using the password written on the side of the router. It worked! Unfortunately, it said that the connection and the security was weak on this network, so she wasn’t able to use her phone to do anything because it kept freezing up.

Finally, the “Just Right Network” was the last option Goldilocks was going to try. After tapping it, she found out that it didn’t have a password. Yay! She was able to connect and she found out that it was a strong network, too. Now that she was connected to a network, she wanted to find a place to sit while she looked at her phone updates and notifications.

She walked in the living room and saw three different sized chairs. Since the middle one was more her size, she decided to try that one first. Goldilocks plopped down and almost sunk into the cushions – it was so soft, she could barely sit up. While she was sinking into this middle-sized chair, she saw a phone stuck between the cushions. After fishing it out, Goldilocks tried to log on to the phone, but saw that a passcode was required. She saw that a blurry family photo was the lockscreen photo.

She struggled to get out of the chair, and then sat down on the great, big chair. The cushion was rock-hard. Goldilocks’ poor little bottom was sore from sitting there for a few minutes. On a side table, there was another phone that was bigger than the last. She picked it up and fiddled with the controls, only to find out that this phone was locked with biometrics – it required a fingerprint to open, and since Goldilocks had the wrong fingerprint, the phone locked automatically.

She frowned and went over to the littlest chair. She sat down and found out it was not only comfortable, it was almost like the chair was made for her! Not only that, there was a phone charger right next to it that fit her phone. She removed the phone currently charging and plugged her phone in to charge while she relaxed on the chair. Goldilocks looked at the little phone and saw that she could access it without a password. She swiped through all the apps and decided it would be fun to take a selfie with it. After doing that, she tossed the phone onto one of the other chairs.

About 15 minutes later, Goldilocks stirred and woke up, sitting on the remains of the chair. She had sunk into the chair so much, it had ended up breaking! She felt sad, because it truly was a nice chair, but she was still very sleepy, so she took her phone and went upstairs to see if she could find a nice bed and take a short nap.

There were also three different sized beds up here. Goldilocks, remembering the pattern of the chairs and the bowls of breakfast, predicted that the smallest bed would be the best for her. She felt the pillows on the other two beds anyways, and as she thought, the great big bed had a hard mattress and hard pillows, and the middle bed had a soft mattress and soft pillows. She laid down in the small bed and it was just right. Goldilocks fell asleep right away.

Now around this time, the bears were coming back from their walk, ready to enjoy a wonderful breakfast and go on with their day.

Baby Bear, Papa Bear, and Mama Bear all walked in through the door up to their porridge and noticed that they had been messed with.

“Who tasted our porridge?” Papa Bear grumbled, looking at the finger mark in his bowl.

Mama Bear walked into the living room and found it in total disarray.

“Someone sat in our chairs too!” Mama Bear exclaimed.

“The cushions are all on the floor,” Papa Bear observed. Papa Bear picked up his phone and looked at several alerts he had received, “Someone has been using our WiFi, too, and look! They are still connected to Baby Bear’s network.”

“My chair is broken, and my charger has been used, look at all the smudges and the crack on my phone!” Baby Bear said between tears.

“We should check to see if this person is still here,” Mama Bear said, so the three bears crept upstairs to look in their room.

As expected, each bed was a mess. And, in Baby Bear’s bed, Goldilocks slept soundly and comfortably.

Baby Bear’s shrill and squeaky voice woke Goldilocks right up. She sat up in bed to see the three bears looking right at her.

Goldilocks screamed. She tumbled out of bed and tried to run away, but the bears were blocking the door.

The bears were very kind and understanding, and they listened to Goldilocks tell her story. Mama Bear made sure to call Goldilocks’ mom and let her know where she was. Her mom told her that connecting to public WiFi networks was unsafe and that you never know what could happen to your information by plugging your phone into a charger that isn’t yours.

Goldilocks cried and said she was sorry to the Bear family for eating their porridge, breaking Baby Bear’s chair and phone, and using their WiFi networks. She promised to not enter another person’s house again, and to help fix the mess she made.

After Goldilocks apologized and all was said and done, the Bears invited her to come back for a playdate with Baby Bear, who had been wanting a friend to play with for quite some time. The Bears also decided to make their WiFi networks more secure and make sure that all their home systems were protected – and to not open windows when they were out of the house. And, Goldilocks never connected to a public WiFi network again.

And they all lived Happily Ever Cyber!

What did you think of this cyber fairytale? Which one is your favorite? 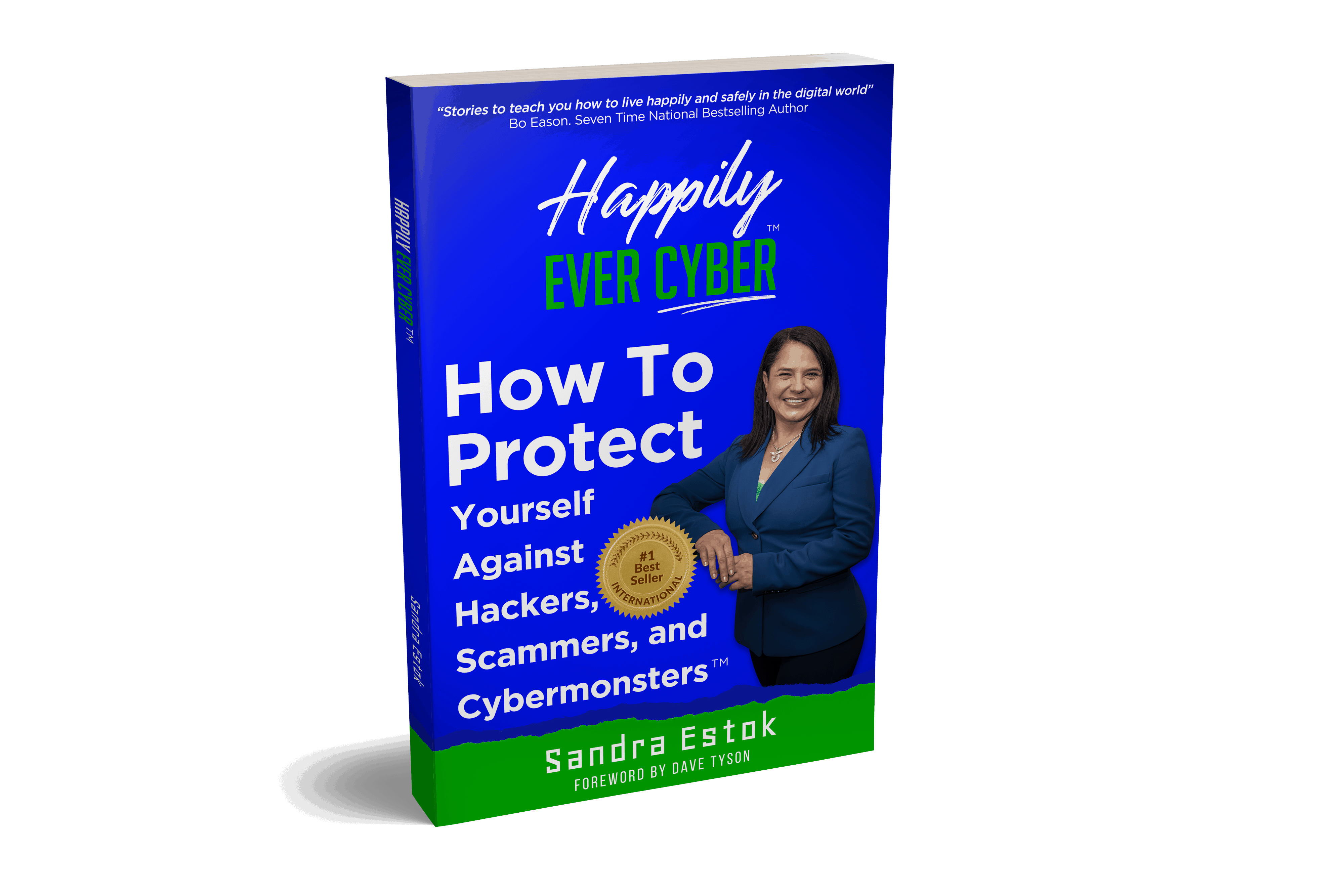 Be Smart! Find Out If You Are Being Impersonated Online

Have You Ever Made a Cyber Mistake You Regret?

How to Update All Your Apps and Why It’s Critical

Why, When, and How to Place a Freeze on Your Credit Score 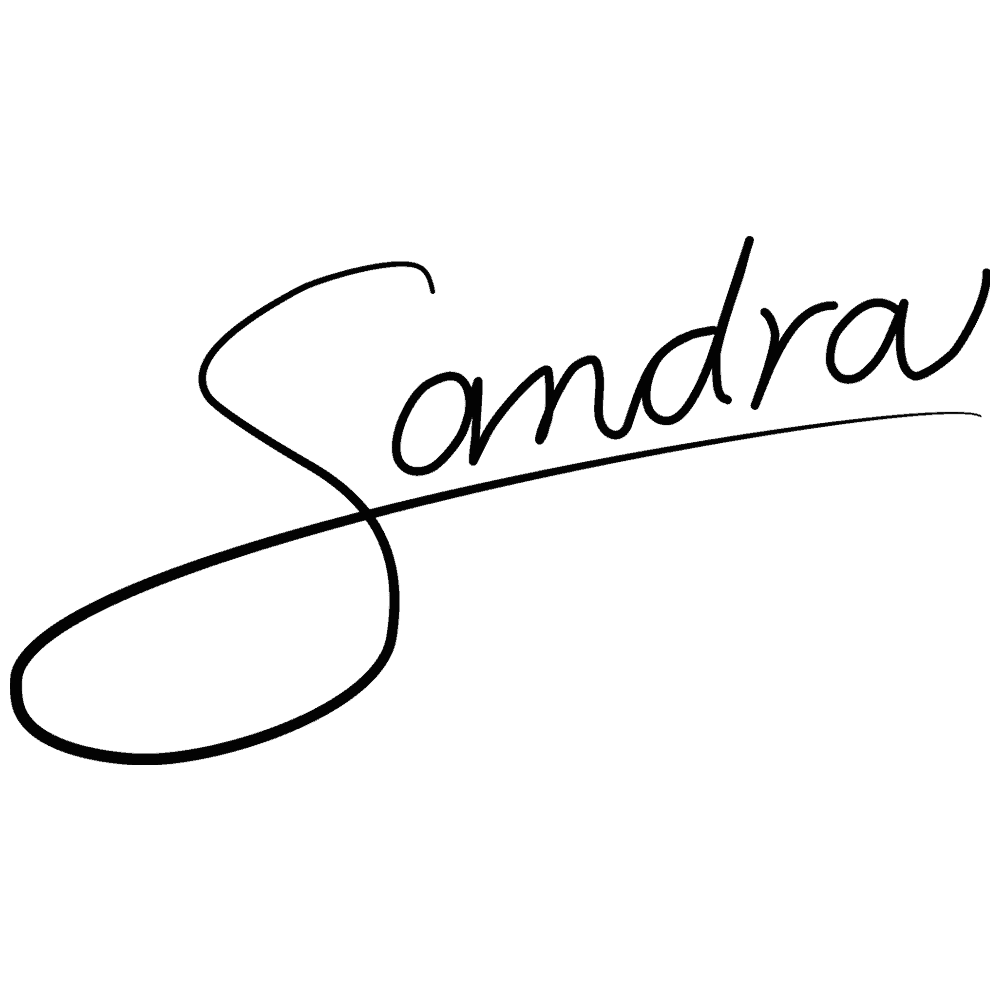